CELEBRATING ST JOSEPH IN THE LITURGY

Written by Tom Elich
Each time we celebrate the Eucharist this year we can remember Saint Joseph.  His name was introduced into the first Eucharistic Prayer at the time of the Second Vatican Council, and then also into the second, third and fourth Eucharistic Prayers in 2013.  When we use other Eucharistic Prayers, we can take this lead and mention St Joseph together with the patron saint of our church.

This year might be an opportunity to learn a hymn which honours St Joseph.  The Catholic Worship Book II has a good hymn to quite a well-known tune which would be worth including in the parish repertoire this year: Lord, Hear the Praises (CWBII 428).

Extracts from the Pope’s document, Patris Corde, can be used in homilies during the year or included in the parish newsletter.

If your church has a statue or picture of St Joseph, it would be helpful to give it some prominence this year, to decorate it regularly with flowers, and to prepare some prayer cards to leave near the shrine.  If you worship in a St Joseph church or belong to a St Joseph parish, you might lead the way in your diocese.  A St Joseph school will have special incentive to celebrate and honour their patron saint.
​
​ 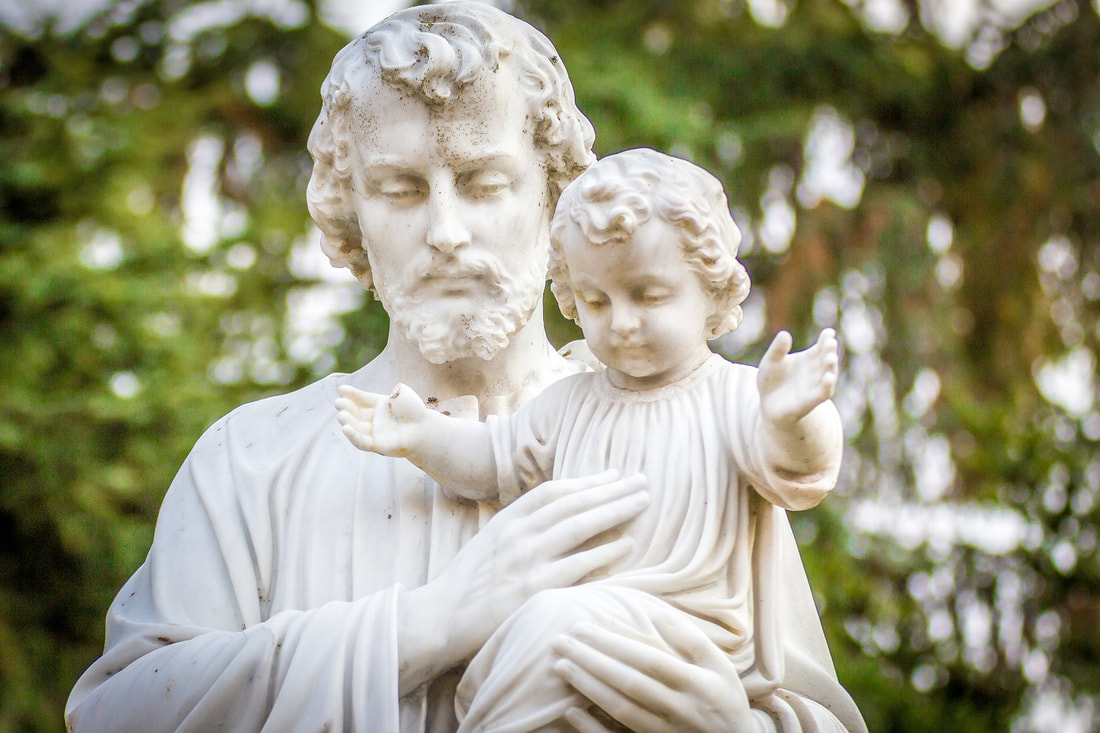 Saint Joseph figures prominently in the stories of Christmas which we read from the Gospels of Luke and Matthew.  However a feast day of his own was a long time coming.  It appears first in a liturgical calendar of about 800AD against the date 19 March: Joseph, Spouse of Mary.  It progressively becomes more common in calendars over the next 600 years but really only becomes an important feast in the fifteenth century.  In due course, it becomes a fixed date in the general Roman calendar, and then devotion to St Joseph flourishes in the nineteenth century.

The date 19 March is just six days before the feast of the Annunciation of the Lord which, naturally enough, is nine months before Christ is born at Christmas.  No doubt these two solemn feasts, celebrated in white, both occurring towards the end of violet Lent, are meant to be taken together.  St Joseph can only be understood in relation to the Virgin Mary and the mystery of the Incarnation.  The Collect of the feast expresses this beautifully.

Grant, we pray, almighty God,
that by Saint Joseph’s intercession
your Church may constantly watch over
the unfolding of the mysteries of human salvation,
whose beginnings you entrusted to his faithful care. 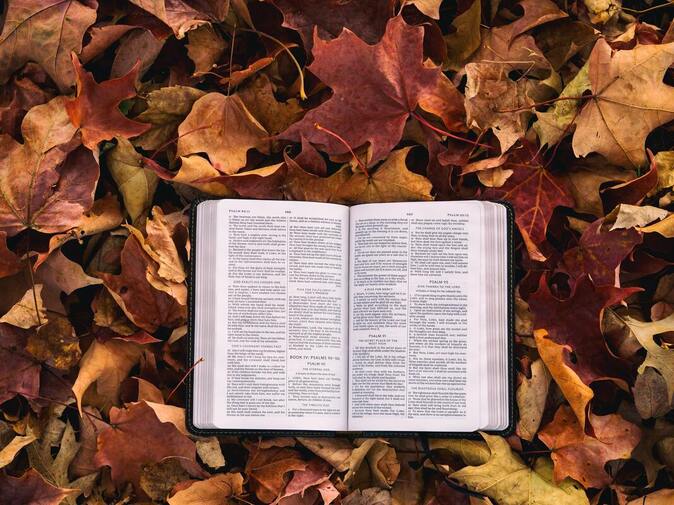 The Lectionary for the feast offers a choice of two gospels: Joseph’s acceptance of Mary as his wife (Mt 1) or the finding in the temple (Lk 2).  I prefer the first.  It is true that the finding in the temple shows Mary and Joseph together, worried about their missing son; but the listener might get the impression that Jesus brushes aside his earthly father in favour of being busy with his heavenly ‘Father’s affairs’.  The first choice speaks to me of Joseph’s courage and daring in discerning God’s will and doing it.  It notes, first of all, that he is a man of honour and does not want to humiliate the pregnant Mary.  Then, prompted in a dream, he is directed by God to take Mary home as his wife.  And he does!

This same honesty and humility appears throughout the infancy narratives.  There is a census, and he courageously takes his pregnant wife on a long journey.  When the accommodation in Bethlehem is booked out, he resourcefully finds a place to bed down.  Then, when his wife and child are in danger from Herod, he takes them off to Egypt.  When Herod dies, they return but, because of a persistent danger, Joseph takes his family north to Nazareth.  Young, bold, humbly God-fearing and fiercely protective of his family: this is the Joseph we see in the Gospels.  The preface portrays Joseph in this way as a ‘just man’ given as ‘spouse to the Virgin Mother of God and set as a wise and faithful servant in charge of [the] household’.

It is only a fourth century story written in Egypt that presents Joseph as an old man who marries the young Virgin Mary.  Unfortunately, it is this image which has been popularised in paintings through the centuries.

The Prayer of the Faithful on this day could well focus on our fathers and families, interceding for peace, harmony and respect; many today are challenged by unemployment, mental health issues, violence and substance abuse.
​ 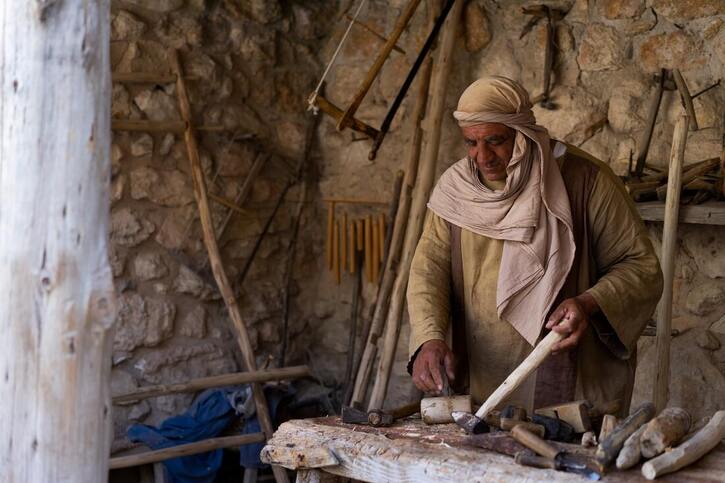 This commemoration is optional in the liturgical calendar, but should be marked in the Year of St Joseph.  In the Church’s teachings on social justice, Joseph the Carpenter has been invoked as the patron of workers and of the labour movement which seeks to assure the dignity of work and a just income for all.  The economic, social and spiritual challenges brought by unemployment would be a key focus of our prayers on this day.  It is also a day to broaden our vision and to recognise in prayer the many places where human beings, even children, are exploited in their labour.

The prayers of the day encourage us to use our labours to build up the reign of God in the world.  Our work is seen as a participation in God’s work of creation.  O God, Creator of all things… grant that by the example of St Joseph and under his patronage, we may complete the works you set us to do…

Unusually for an optional memorial, St Joseph the Worker has an assigned proper Gospel.  It is the passage from Mt 13 where Jesus goes to his home town and is called ‘the carpenter’s son’.

This year’s celebration of our patronal feast of St Mary MacKillop is another opportunity to recognise the Year of St Joseph.  From her earliest days as a teacher, when she first donned her black dress, she adopted the patronage of St Joseph for herself and her companions.

Mary always stressed the value of St Joseph’s hidden humble life and his obedience to God’s will: this was precisely the vocation to which the sisters were likewise called.  In 1870, she wrote:  This humility is something wonderfully beautiful in itself.  My sisters, this was a quiet humility… grounded on submission to the adorable will of his God.  It was a humility of heart, not of words… a silent not a noisy humility.

When Mary met opposition in her ministry, she affirmed her trust in St Joseph and the Sacred Heart of Jesus.  Should our poor schools be taken from us, should our Institute even be suppressed, ah no, our calm trust in the Sacred Heart would only grow stronger, for we would know that when the storm had passed away, St Joseph would again assemble his children to work once more… (1870).

Her regular St Joseph’s Day messages emphasised kindness and charity, humility and obedience:  We know that St Joseph was humble and hidden.  Does it become a child of his to desire worldly notice?  Does it become her to talk much of herself, or make noise about any little thing God deigns to accept at her hands?  Yet are we always as humble, as retiring, as modest as a child of the lowly St Joseph should be? (1893).

St Mary was conscious of St Joseph’s loving care for the child Jesus and sought the same protection for her sisters.  May our loved patron and father, St Joseph, she wrote in 1898, watch over us and obtain for us the spirit he wishes to see in his children.  She often finished her letters with the words: In St Joseph’s care, I leave you. 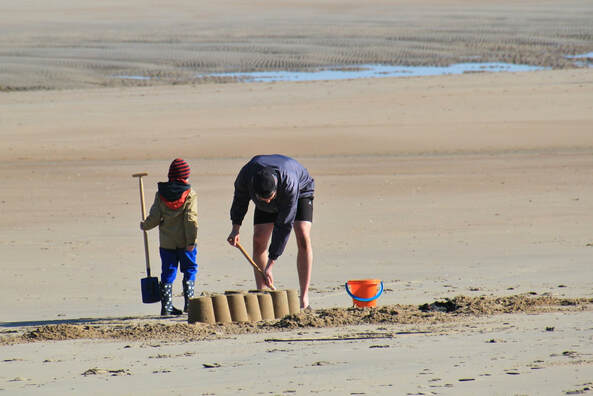 Finally, if the preaching, parish newsletter or Prayers of the Faithful on this day refer to Father’s Day, it might be helpful to propose St Joseph as a model.
Rev Dr Tom Elich, Director Liturgy Brisbane
​​Images from Unsplash and Pixabay. Used under license/with permission.
RETURN TO PREVIOUS PAGE