Greetings to all from Liturgy Brisbane.

In what has been a very strange year, we begin to cast our gaze forward to preparations for Christmas.
Christmas Masses will look very different in 2020 and there are a number of new considerations which must be incorporated into the planning of liturgical celebrations. The first article in this edition of LitEd offers advice for planning and sets out a range of possibilities for celebrating Christmas Masses within current health guidelines.

As always, Christmas Masses will be an evangelising opportunity to welcome those who may not join in the weekly activities of the parish throughout the year. For some, it may be the first Mass they have attended since the pandemic began. The celebration of the joy and wonder of the Christmas season is a pivotal opportunity for drawing people back into the community. The second article discusses how parishes might look different as they emerge from lockdown.

Hospitality will be a major part of welcoming people back to church - but what exactly does 'welcome' mean?
​The third article provides some interesting insights.


Best wishes to all from Tom Elich and Clare Schwantes

Articles on Planning for Christmas 2020

Francis Webb’s beautiful Christmas poem originated in a grim time, not only in the aftermath of the war, but when this great poet had begun to suffer the mental affliction that would dominate the rest of his life. The young Canadian doctor who was treating him placed his baby son, Christopher John, into the poet’s arms—and this is the poem that resulted.

In the atmosphere of that post-war Christmas, the new-born child symbolises the Child in the cradle of Bethlehem—and the wonder of the Incarnation: the “blown straw” of our earthly condition has received “all the fullness of Heaven”. God has appeared in what is most tiny and vulnerable to “teach our groping eyes” to gaze on true innocence. Beneath the lowering clouds of violence lies this infant, the source of peace for the world.

The poet returns to the child in his arms, in wonder at the “fearless delicacies” of this tiny creature. And yet this little being has the power to launch him “upon sacred seas” of the all-encompassing mystery of creation. The wonder of the incarnation continues to stir. The little child is beyond the poet’s praise, for he sees the divine “maker of days” present even as the infant yawns.

The poet himself experiences a call to conversion from old ways of thinking and acting. The great realities of human experience playing around this moment —the design of nature, love, homecoming, honesty and honour—become a prayer for some ultimate revelation: “Tell me what I hold”.
Something precious, certainly, beyond the usual tokens of the world’s values, but what?

In the tiny, vulnerable reality of this baby, now a symbol of the Babe of Bethlehem and of the Incarnation of the Word, the answer stirs. If our humanity is expressed and understood in this manner, then our fears, and the violence born of them, are put in their place. And “we”—all those who are touched by what Webb has described—are left, no matter what the weather, to kneel in adoration of God and reverence for one another.
Written by Anthony J. Kelly CSsR
Poem found in Kevin Hart (ed), The Oxford Book of Australian Religious Verse (Melbourne: Oxford University Press, 1994). 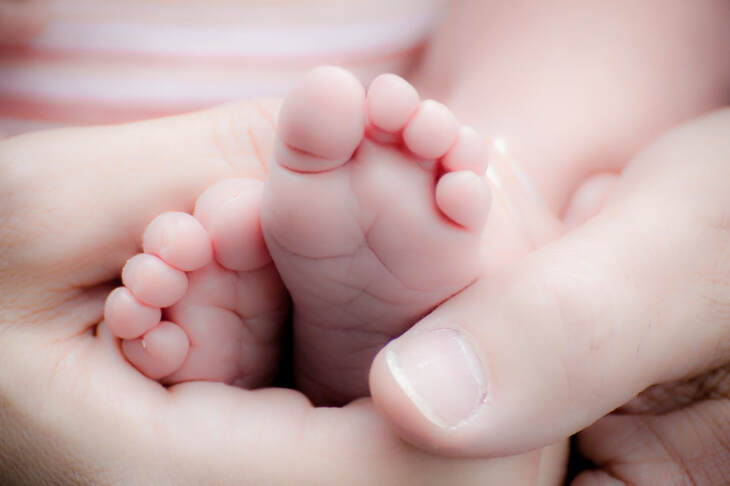 Christmas is in the air.
You are given into my hands
Out of quietest, loneliest lands.
My trembling is all my prayer.
To blown straw was given
All the fullness of Heaven.

The tiny, not the immense,
Will teach our groping eyes.
So the absorbed skies
Bleed stars of innocence.
So cloud-voice in war and trouble
Is at last Christ in a stable.

Now wonderingly engrossed
In your fearless delicacies,
I am launched upon sacred seas,
Humbly and utterly lost
In the mystery of creation,
Bells, bells of ocean.

Too pure for my tongue to praise,
That sober exquisite yawn
Or the gradual, generous dawn
At an eyelid, maker of days:
To shrive my thoughts for perfection
I must breathe old tempests of action.

For the snowflake and face of love,
Windfall and word of truth,
Honour close to death.
O eternal truthfulness, Dove,
Tell me what I hold--
Myrrh? Frankincense? Gold?

​If this is man, then the danger
And fear are as lights of the inn,
Faint and remote as sin
Out here by the manger.
In the sleeping, weeping weather
We shall all kneel down together.

Change to the Collect at Mass

​Worshippers will from late November notice a slight change to the words the priest prays just before the Liturgy of the Word, with the amendment supporting a more faithful understanding of the Trinity.

The Congregation for Divine Worship and the Discipline of the Sacraments earlier this year wrote to episcopal conferences that use the English translation of the Roman Missal (2010) regarding a change to the conclusion to the collects – or opening prayers – used in the Mass.

A typical conclusion to the collect read as follows: “Through our Lord Jesus Christ, your Son,
who lives and reigns with you in the unity of the Holy Spirit, one God, for ever and ever.”

The letter, signed by the Congregation’s prefect Cardinal Robert Sarah, said “either or both of these interpretations is injurious to the faith of the Church”.
“It is clear from the Latin texts that the doxology emphasises the divinity of Our Lord, Jesus Christ, the Incarnate Son, who intercedes on our behalf, as the Second Person of the Blessed Trinity, to the Father and which prayer is made in the unity of the Holy Spirit,” the cardinal wrote.
“Thus the Son’s role of priestly mediation is made clear. To transfer the Trinitarian relational element in unitate as meaning unus Deus is incorrect.”
The final words of the collects will be changed to read “God, for ever and ever”. The people, as they currently do, will give their assent to the prayer by saying “Amen”.

The Australian Catholic Bishops Conference has agreed to implement the change to the prayers from the First Sunday of Advent this year – November 29.
​
Click here to read more from the Bishops Commission for Liturgy. 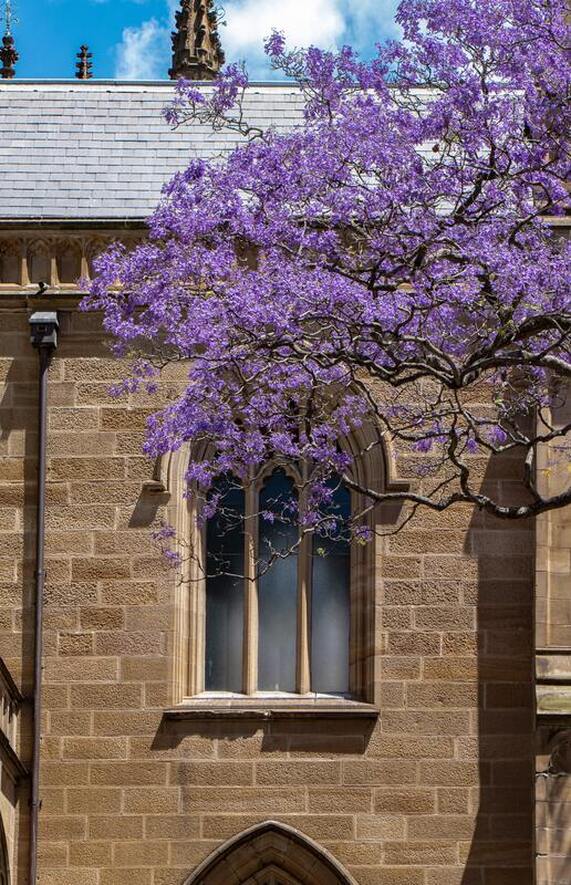 Praying Together With Young People 2021

Introducing a new daily prayer resource designed to help teachers, parents and catechists to lead prayer with a class or family. Also includes an electronic flip-book version of the book for easy display on screens.

​The structure of the prayer for each weekday is the same so that prayer time becomes a familiar routine, leading children into a liturgical pattern of responses. Responses to the gospel reading for each day include intercessions, songs, guided meditations, short video clips or silent prayer. Hyperlinks in the electronic version of the resource provide easy access to online reflections. 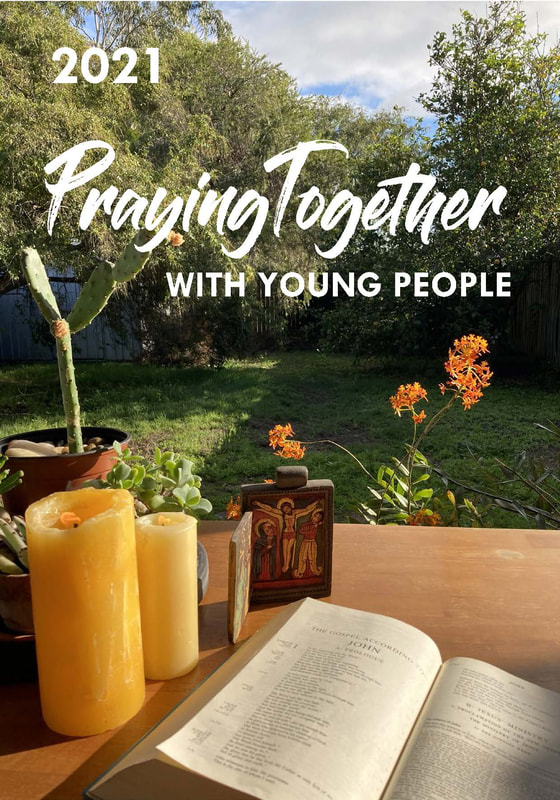 Click here to order
Sunday Readings and Praying With Children resources are now available by subscription.

Resources are available to parishes, schools and to individual subscribers.
​
​Click here to subscribe to the above resources. 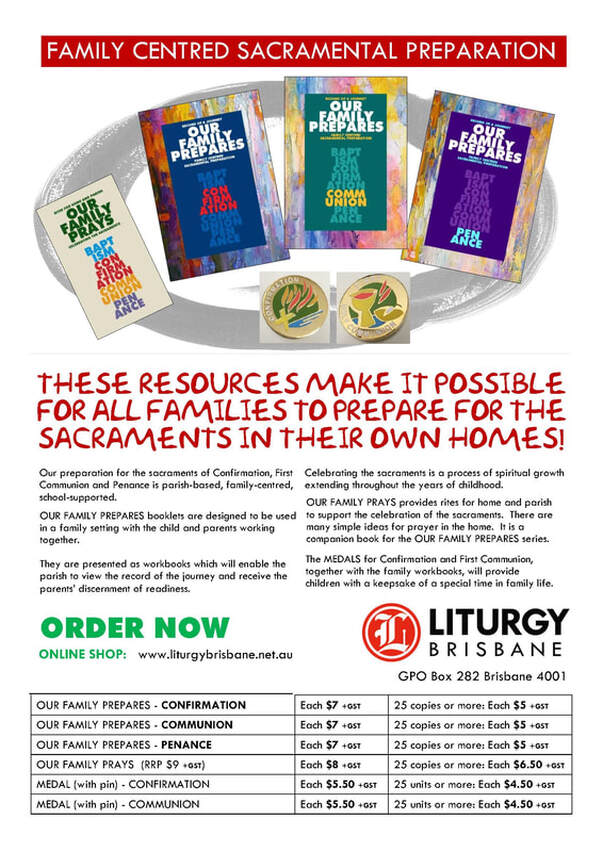 Images used under Creative Commons Attribution 2.0. Full terms at http://creativecommons.org/licenses/by/2.0.
Other images from Unsplash.com and Pixabay.com. Used under license. Full terms and conditions.