Who Are the Saints?

The upcoming Solemnity of St John the Baptist offers us an opportunity to reflect on the use of the word “saint.” Paul clearly identifies the term with the members of the Christian communities to whom he writes. He addresses his letters to them and sends his final greetings to them as saints, sends greetings from the saints, takes up a collection for the saints, and expects them to act like saints and to care for the saints.

But it is not long before certain people are singled out and treated with particular respect. Those who were singled out in the beginning were the martyrs because it was believed that they gained immediate entry into heaven because of the ultimate sacrifice they had made in fidelity to the faith. Their death is seen as an imitation of the death of Christ and so their privileged place means that their intercession was particularly effective.

The first written evidence of a devotion to a particular saint is not found until the year 156 in a book called “The Martyrdom of Polycarp” in which it is noted that his followers celebrate the birthday of his martyrdom. It wasn’t long before this was extended to include those who were persecuted for the faith but not actually martyred (Confessors) and then to Virgins and Ascetics on the grounds that a life of renunciation and holiness might equal the devotion of those who had actually died for Christ.

In time, the list was extended to include Bishops and Popes, Church Fathers and a wider variety of Christian witnesses, and the role of the saints expanded to include being helpers in time of need, as well as being seen as patrons of particular countries or occupations. 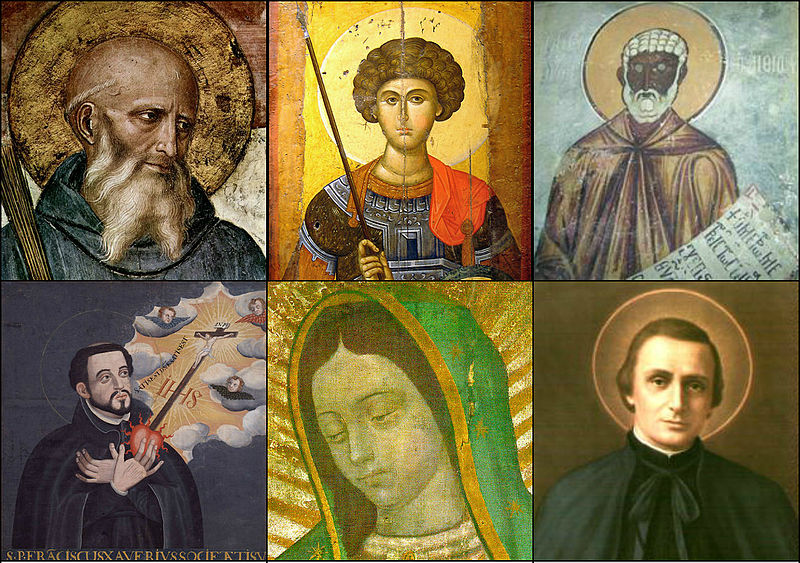 By the fifth century, a cult of the saints was well established and their names are included in the Liturgy. However, the veneration of the saints tends to be on a local or regional level, with the original focus being on visits to the tombs of the saints. This later extended to relics and objects from their lives.
It is only in the late tenth century that the Papacy started to play a more important role in recognizing and officially ‘canonizing’ individuals. The purpose of this was to limit the excessive and untested claims of some local communities.

The Church does not give us saints to supplant the role of Christ as our Intercessor with the Father. Anything that takes away from the primacy of Christ in this or any other aspect is a deviance from orthodox Christian belief. The saints are seen as credible mediators because their sacrifice (or goodness) makes them closer to God and their humanness makes them more accessible to us. Perhaps if the humanity of Christ had not been downplayed in theology, the faithful would not have experienced a need for more ‘real’ models or intercessors.
​
It is important that we never lose sight of the original meaning of the term ‘Saint’. The Catechism of the Catholic Church reminds us that the Communion of Saints is the Church (#946) in all its dimensions meaning – primarily – us!