Let the Dead Have November

By Clare Coffey
The days immediately following Halloween bring with them a common complaint. Overnight, Christmas music starts playing on the radio stations and Christmas-themed displays appear in stores. Christmas creep, it seems, reaches further and further into autumn every year, leaving no time at all for Advent. The thrust of most of these complaints is that by extending the Christmas season backward in this way, we lose the season of Advent — the fruits of joyful anticipation and preparation for the coming of the Christmas season. This is certainly true, but there is another, less frequently noticed loser when Christmas starts on November 1: the dead.

​November 2 has been designated by the Church as the feast of All Souls. The feast composes the second part of Allhallowtide, although, unlike the feast of All Saints, it is not a holy day of obligation.  In the West, the tradition of setting aside a day of prayer and commemoration for the dead dates back to St. Odilo of Cluny, who established it at his abbey in France in the 10th century. From there, the practice spread until it was officially adopted in the 14th century. Traditions associated with the feast include placing the names of those to be remembered on the altar at Mass, and visiting the cemeteries where dead loved ones lie. In time, the entire month of November became informally known as the month of the dead.

In the twenty-first-century, we are not especially comfortable with death. From the hospital to the mortuary, people make their passage out of this world through a series of specialized rooms: clean, spare, sterile and discreetly hidden from the living whom they might discomfit.
In Smoke Gets in Your Eyes, her memoir of working at a crematory, Caitlin Doughty writes, “Dying in the sanitary environment of a hospital is a relatively new concept. In the late 19th century, dying at a hospital was reserved for people who had nothing and no one. Given the choice, a person wanted to die at home in their bed, surrounded by friends and family. But times have changed, and these days, of the half a million people who die each year in the UK, only 18 per cent do so in their home (although 60 per cent say they would like to, given the choice)."
The dying are hidden away, and death is made an alien, an abnormal occurrence, a pathogen to be contained. There is nothing familiar or intimate about death in our current approach.
​ 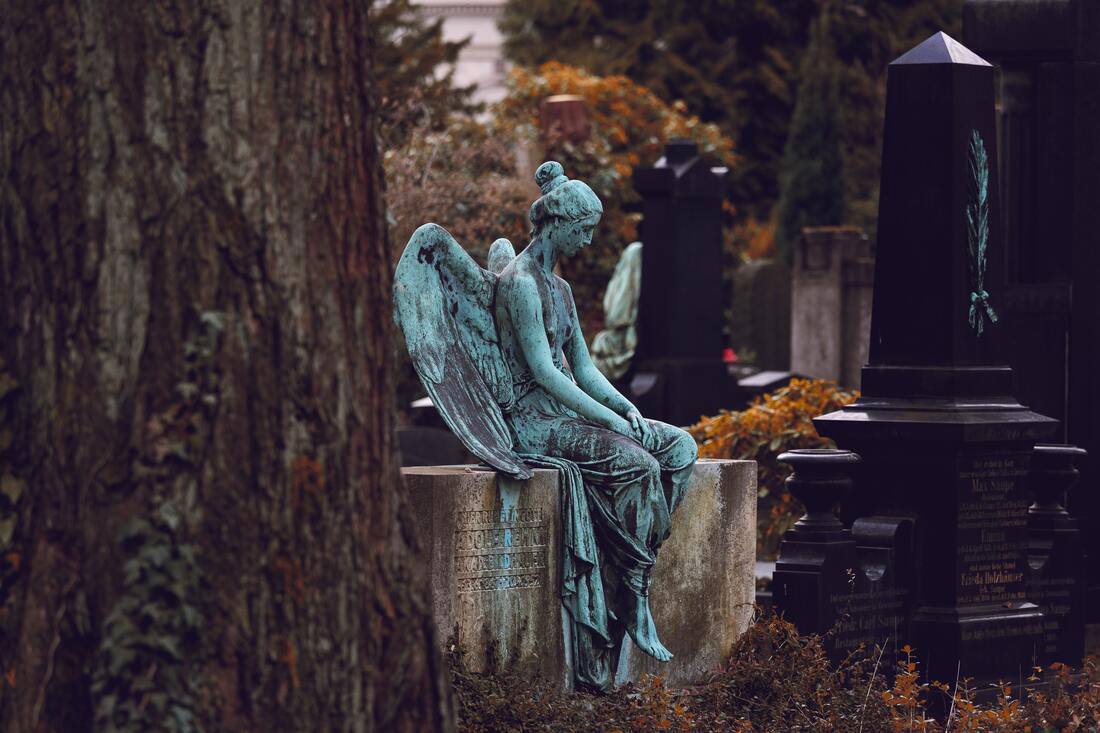 This view of death is not without precedent, of course. The Bible refers to the “angel of death” who visits the houses of the Egyptians and passes over those of the Israelites. Death is truly otherworldly here — not merely a natural process, but an irruption of the judgment of God, destructive and implacable. The separation of the body and soul recalls original sin, and is the pinnacle of all its consequent losses and griefs. It is not something we simply come to terms with; it is violent; it is a curse.

But all the clean, bright, clinical efficiency of our methods of managing death seems to suggest that it is a curse we can escape, an unfortunate accident for which there exists a specialised industry. Nor is the funeral industry the only one dedicated to containing death. A rapidly burgeoning cohort of lifestyle experts like Amanda Chantal Bacon and Gwyneth Paltrow expounds to an eager audience on all the ways to remove impurities from food, the home, the body; how to purge and cleanse the taint of decay wherever it appears. If you spend enough money, if you try hard enough, says the promise implicit in the latest crop of wellness literature, you will live forever. The obsession with clean living and clean eating echoes Levitical purity codes, but has no power to save. It was Christ’s willingness to undergo death — Christ who alone of all humanity had the right to avoid it — that grafted us into his perpetual life. All of us were dead, until, like Lazarus, he called us and we rose up.

It’s easy to see why we should pray for the souls of the dead. It’s less obvious why we should bathe their bodies tenderly and sing over them, why we should sit up with them in the night, why we should inter them with ceremony and visit their graves bearing flowers that they cannot smell.

All human civilizations have their own careful prescriptions regarding the dead — how to honor or pacify them, how to be keep apart from their physical corruption. For Christians, though, extending charity beyond the grave is an imitation of Christ’s mercy, which reached out to us even we were spiritually dead. Burying the dead is one of the seven corporal works of mercy, but it is also a sign of hope in Christ’s promise. The bodies of the dead are not discarded vessels, but integral parts of a human being that will be reunited on the last day. The separation is temporary, and they are still worthy of our respect and our love.
​
It may be tempting, during the month of November, to yield prematurely to the flashier and cozier charms of Christmas — to the jingle bells and stars in the east and merry gentlemen. But let the dead have November. Say a prayer for all the departed during this month, and if you can, visit the resting places of your beloved dead. We will be reunited in the world to come but, until then, it is good to grieve for the separation. It is good to hold those who have gone before both as objects of mercy and of reverence. To mourn as a Christian is to hold both the fullness of loss and the promise of restoration at once. And the promise will be fulfilled: “Blessed are those who mourn,” says Jesus in the Sermon on the Mount, “for they shall be comforted.” 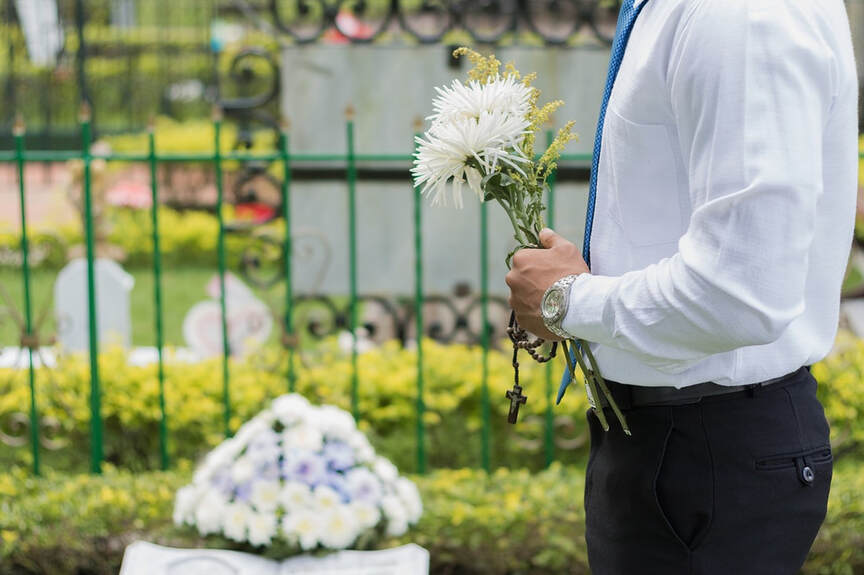 ​​Images from Unsplash and Pixabay. Used under license/with permission.