​It is 8.45 am Tuesday. Children from the Catholic school are silently moving into the church, sitting six to a pew and ensuring that both sides of the church are being filled. Teachers settle the children and ascertain that each has a copy of the Morning Prayer that is about to be prayed. A number of parents and grandparents sit next to their child with little brothers and sisters playing happily on the floor. There is a sense of calm; this is a familiar ritual; each member of the assembly is sure of his or her part.
​
The presider stands and invites those children who will share a little of their learning with the assembly to come forward. This week in 4 Blue we are learning about the universe. This is my drawing of the night sky from my home, says a little boy proudly showing his creation. In 4 Red this week we are learning about fractions, contributes a little girl; did you know that .25 is the same as one quarter?

We bring all that we are and all that we do to God this morning, says the presider as she gestures to the assembly to stand to pray. And then the familiar cry, O God, open our lips, and the response, And we shall proclaim your praise! Glory to God in the highest, announces the leader. And peace to God’s people on earth!

The ritual of Morning Prayer has begun, a ritual that in one form or another is being prayed in cathedrals and monasteries, in churches and homes, in cities and fields, on buses and trains, alone and with others, in thousands of languages, in every corner of the world, every day of the year. ​
​Morning Prayer was introduced for Years 3 to 7. The two schools chose different approaches. St Joachim’s opted for all the children celebrating Morning Prayer together each week. St Agnes’ chose to have each year level celebrate separately, so that children experienced the prayer once during the school term. The ritual itself did not alter from week to week so that children, staff and parents became very familiar and confident with the prayer.
RITUAL ELEMENTS

Invitation to Prayer:
The children learned to make the sign of the cross on their lips as the presider began the dialogue; ‘O God, open our lips’.

Morning Hymn: The music was usually sung either accompanied by the piano or unaccompanied. Sometimes a CD was needed. The hymn varied with the liturgical season, but always reflected the sense of a new day.

First Psalm: We chose common psalms, for example, Ps 23, 27, 95, 99, using just a few verses and, if needed, simplifying some words while maintaining the meaning.

Psalm Prayer: These were modelled on the Psalm Prayers from the Canadian Liturgical Book, Sunday Celebration of the Word and Hours, again using simple language. The Psalm Prayer reflects both the main thrust of the psalm as well as the time of day.

Scripture Reading: Usually a section from the Gospel of the past Sunday, read either by a child or adult. Sometimes a brief reflection on the Gospel was given by the presider.

Benedictus: We used Marty Haugen’s setting from All Are Welcome.

Prayers of Intercession: Prepared and read by the children. 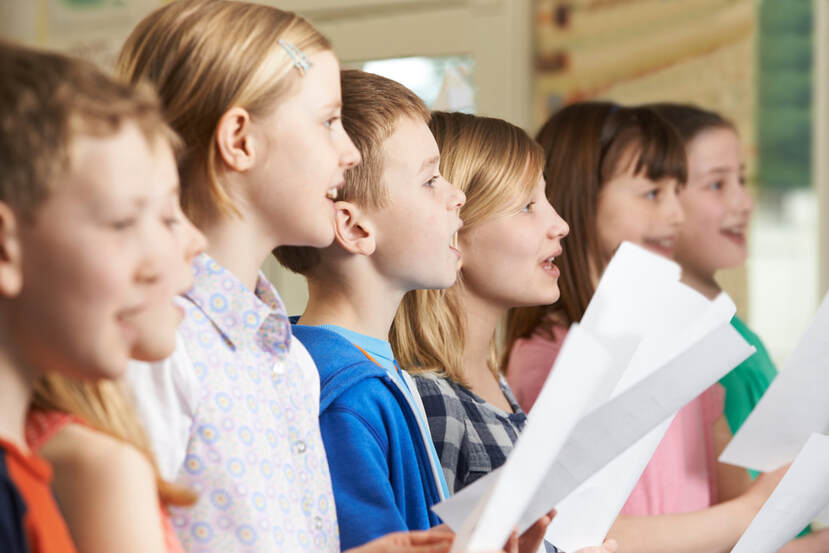 While the Prayer of the Church was not rehearsed as such, the APREs and classroom teachers prepared the participating class. As well as the presider, liturgical ministers were needed each week: a psalm leader for each side of the church, either a child or adult to proclaim the word, and those to lead the assembly in prayers of intercession. Younger children were brought to the church to learn where to sit, when to stand and how to pray the psalms ‘in choir’, that is, each side taking it in turn to pray the verses of the psalm or canticle. We named the two sides of the church so that it was clear in their ritual sheets which side was responsible for each verse.

As time went on, less preparation was needed because the children grew in understanding and confidence. Intentionally teaching the ritual led the children to become so familiar and at home with the ritual actions of gesture, silence, listening, singing and speaking that they became second nature to them. We also found that this led to a more active and conscious participation in the celebration of Eucharist when it was celebrated. Teachers too grew in their understanding and confidence, becoming participants in the prayer, not crowd controllers!

An invitation to parents was included in the homework sheet for the week and children were encouraged to take a copy of the prayer home to show their families. 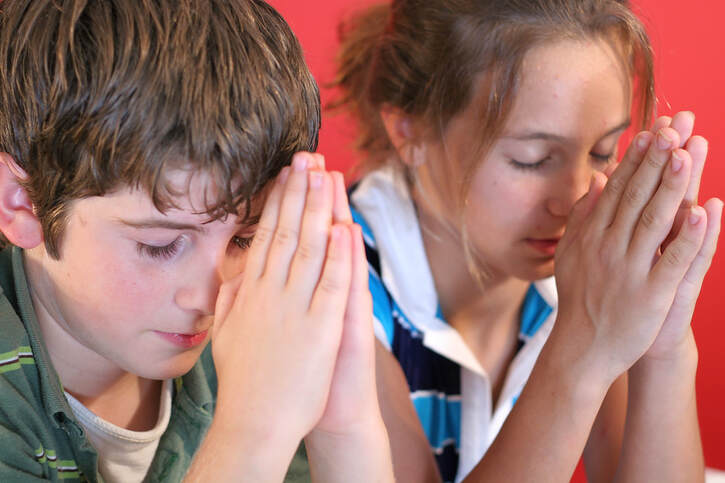 CONCLUSION
​
Although Prayer of the Church began at St Joachim’s and St Agnes’ out of a need to provide liturgical prayer without a regular ordained minister, the experience was so positive that this form of prayer could actually have a place in any Catholic primary or secondary school. After a couple of years there was a notable growth of ‘liturgical literacy’ in children, staff and parents who participated in this prayer, ensuring a strong and lively liturgical life in the schools. Occasionally on significant feast days the entire school gathered in this way with the younger children interspersed among the older ones. Evening Prayer, using a similar format, was used at some parent meetings, allowing the parent body to experience the richness of their children’s liturgical life. When asking children to reflect on the experience of Morning Prayer one said, It’s like I have my time and my space to pray, and another exclaimed, I just love it!
Text by Sr Kari Hatherell OSU.
At the time of writing, Sr Kari was the Parish Pastoral Director at Holland Park Mt Gravatt Parish.
She is now Pastoral Director of St John's Wood Parish, The Gap.
​Images from Unsplash and Pixabay. Used under license/ with permission.
This article first appeared in Liturgy News 44(1) March 2014