Directory for Masses with Children

by Eileen Luthi
The documents of the Second Vatican Council still stun us with their energy, wisdom and Spirit-filled celebration of the mystery of Christ and the mission of the Church. Just ten years after the promulgation of the liturgy constitution (SC) and three years after the first edition of the Paul VI Missal, the Directory for Masses with Children (DMC) was approved by Paul VI in October 1973. The Council had recommended the adaptation of liturgical books for different groups, regions and peoples (SC 38). That this directory for children came into being so quickly as a response to the Council is surely a graced expression of the Lord’s desire to let the little children come to me, and do not stop them (Mt 19:14). 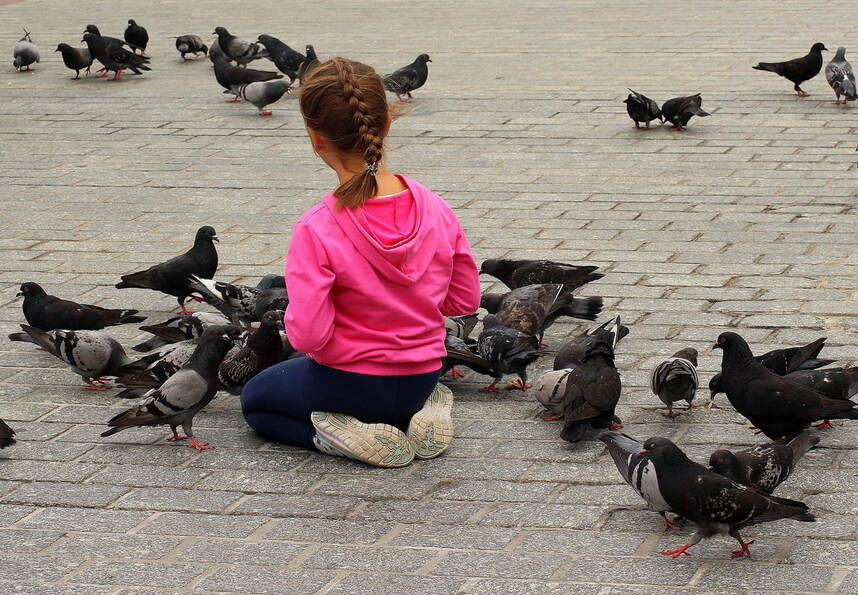 ​DMC displays a strong awareness of the developmental nature of children’s social and religious learning, a wise reading of the challenges which families faced in the liturgical and faith formation of their children, and a constructive, creative approach to liturgical adaptations. The writing committee included two women (unusual at that time), one of whom was Sofia Caveletti, an educator immersed in the Montessori methodology. Another member was Balthasar Fischer, liturgical consultant at the Council and a key figure in the preparation of the Rite of Christian Initiation of Adults (RCIA). The DMC shows the influence of Montessori principles as well as the vision of the RCIA that Christian living is prompted, learned and integrated through the liturgical event. Drawing on the key Vatican II principle of full, conscious, active and participation, DMC states that children’s faith grows and blossoms through liturgical experience appropriate to their developmental level. ​ 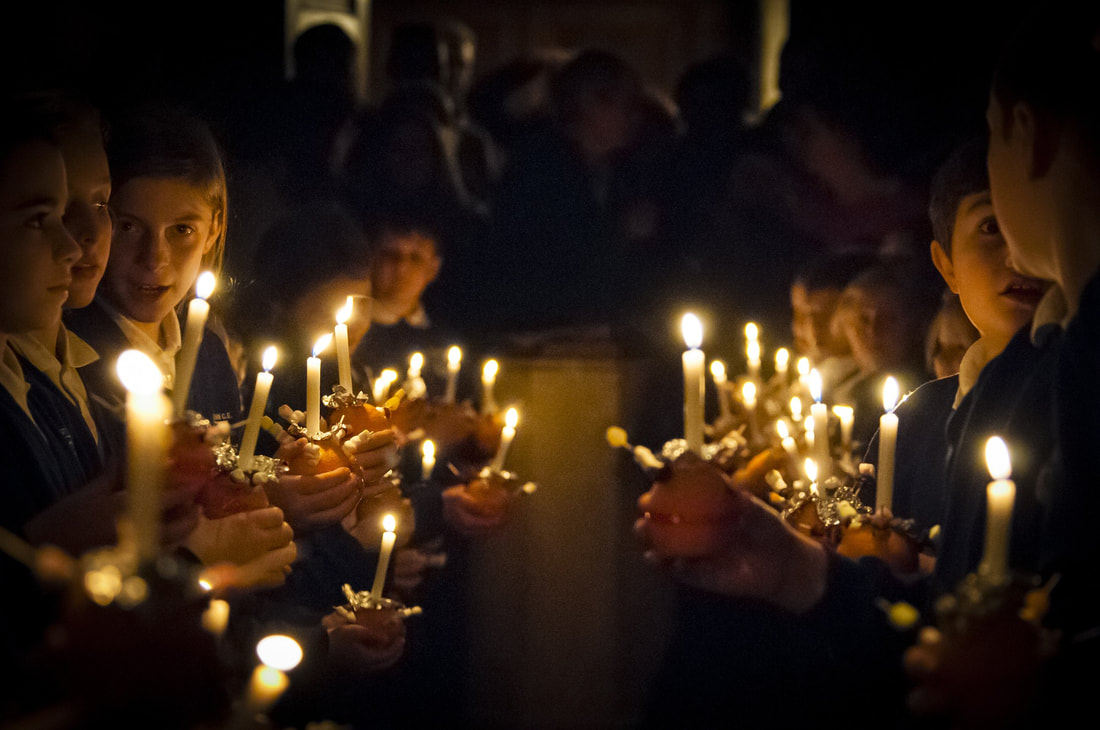 The Authority of DMC
​
The Vatican Council (SC) provides the founding vision of the liturgical renewal and the General Instruction of the Roman Missal (GIRM) provides the specific practical interpretation of these principles to the Mass. The directory, a formal liturgical document approved by Paul VI, acts as a supplement to the GIRM. The new edition of The Roman Missal (2010) did not abolish any of the special directories of earlier times so the adaptations and options in DMC remain valid. The directory’s purpose is to open up the foundational documents so that they will better serve the needs of children and families.
The Principles of DMC

Three themes are stressed throughout: adaptation, participation and liturgical formation.

1. Adaptation: Adapting the rite does not mean changing the rite. It means shaping what is already there in consideration of the age and developmental capacities of children. Rather than creating a special rite, the first Synod of Bishops in 1967 suggested retaining, shortening, or omitting some elements or making a better selection of texts (DMC 3). We want to lead the children towards the parish celebration of Masson Sunday, just as in general education we lead them towards adult maturity and competence. However childhood has its own marvellous and valid experiences which we respect through liturgical adaptation. For example, it is important that children become immersed into the rhythm and language of the Mass. So we maintain cue words and key gestures that we use at Mass: the Sign of the Cross, the greeting dialogues, acclamations, doxologies and the texts of litanies such as the Lamb of God. However, we make adaptations for children’s attention span and language capacities by reducing elements such as some of the opening rites and the number and length of readings. The Lectionary and Eucharistic Prayers for Masses with Children provide texts specially nuanced for the young.

2.Participation: Full, conscious and active participation in the liturgy by the children will make the Mass a life-experience, owned and integrated. Communal singing, a ministry of reading, posture, gestures and involvement in serving and processions, all express the natural orientation and aptitude of primary school children to learn by doing. DMC also stresses meditative silence as a particularly important form of participation, allowing the heart to feel what the mind has heard (DMC 37). Participation however does not mean artificial ‘performance’, especially when each child must have something to do and parents adopt the role of applauding spectators. As in the Sunday liturgy, we keep to the principle of ‘one person, one ministry’ and expect that those chosen for reading the Scripture or intercessions are capable of doing so well.

​3.Liturgical Formation: The DMC adaptations have the goal of integrating children into the intergenerational parish Sunday Mass (DMC 21). It recognises that children can be formed in ‘knowing’ the Mass by becoming familiar with the human values: gathering together, greeting one another, listening, forgiving and being forgiven, saying thank you, caring for those in need, the experience of symbolic actions, as well as the singing, acting and dancing which is part of every festive celebration (DMC 9). 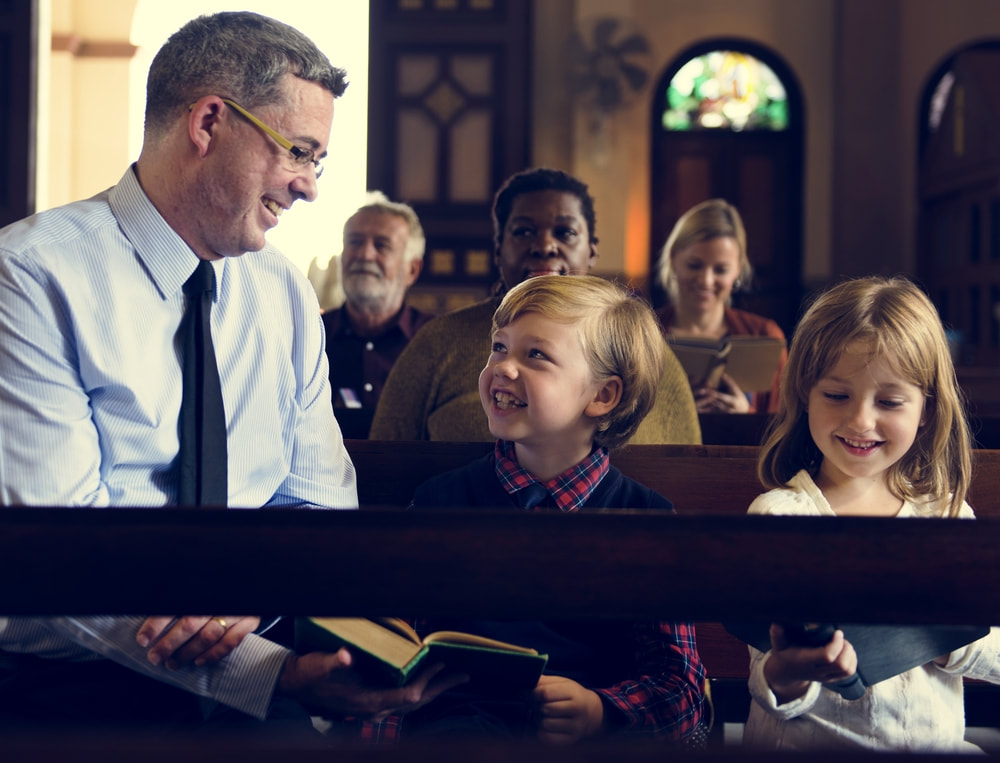 The Structure of DMC 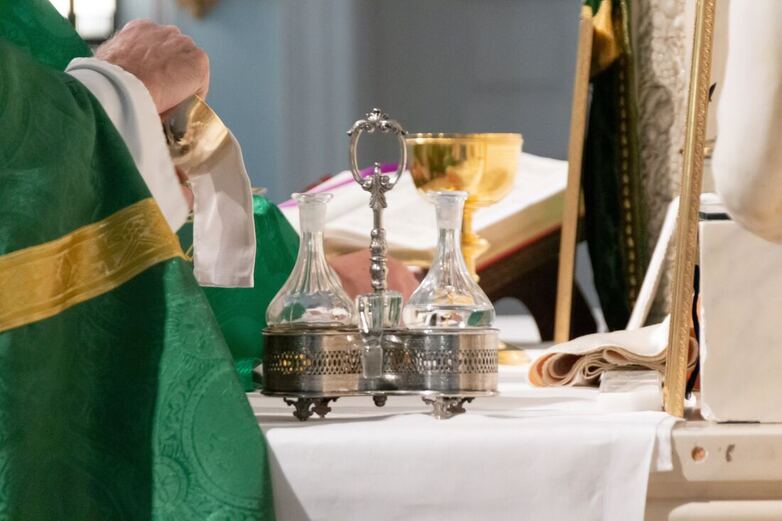 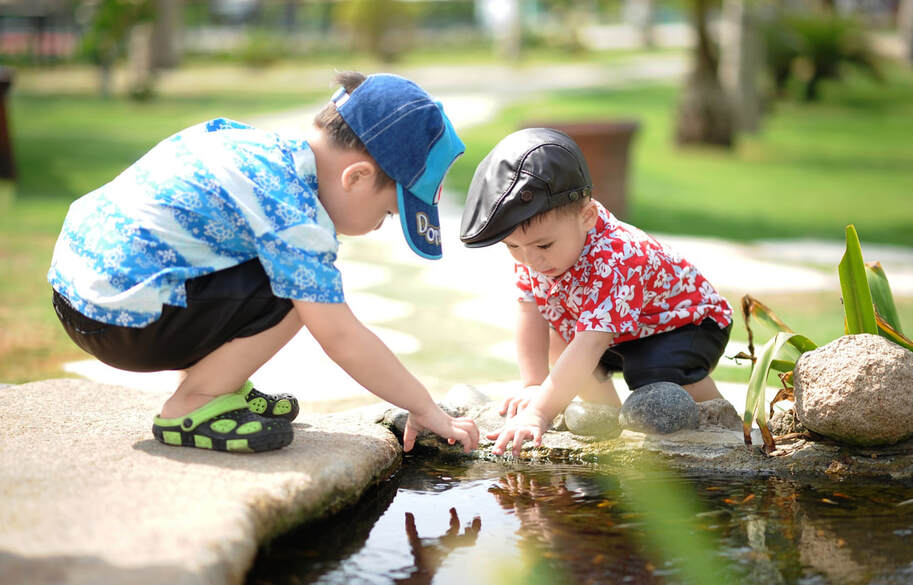 THE INTRODUCTORY RITE must have one element beyond the greeting (Penitential Act or Sprinkling Rite or Gloria) completed by the Collect. Options for the Penitential Act can be varied and adapted.

THE LITURGY OF THE WORD with a biblical reading should never be omitted. But the number of readings can be reduced (the Gospel is always included); if the readings of the day seem unsuitable, other appropriate texts from the bible may be selected keeping in mind the liturgical season; sometimes a verse may need to be omitted or the text abbreviated, though paraphrasing should be avoided; parts could be assigned to children when the text lends itself to this ; introductory comments can focus attention, and great importance is to be given to a user-friendly, pedagogically sound homily.

PRESIDENTIAL PRAYERS (Collect, Prayer over the Offerings and Prayer after Communion) can be adapted to the needs of the children, while preserving the purpose and content of the prayer. This requires sensitive preparation and collaboration. The Eucharistic Prayer is of the greatest importance and much depends on the manner in which the priest proclaims this prayer and the way the children participate by listening and making their acclamations (DMC 52). It is my experience that schools which adapt other parts of the liturgy frequently neglect to use the children’s Eucharistic Prayers and do not sing the acclamations. Presiders need to be creative and attentive to using these options. The special Eucharistic Prayers for Masses with Children were released a year after DMC. They are an essential resource for Masses with children. In 2013, Liturgy Brisbane published a beautiful hard-covered edition of the Eucharistic Prayers together with DMC ($29. Order online at www.liturgybrisbane.net.au).

THE COMMUNION RITE AND CONCLUDING RITE can be focussed by brief introductory words. The Communion Rite offers considerable interest for children, comprising Lord’s Prayer, the sign of peace, the breaking of the bread and singing of Lamb of God, and the invitation to communion. The immersion of the children in the sacredness of communion itself is deepened by singing together. Recollection and communal silence can be fostered even with small children. A presider’s brief encouragement to follow the Gospel message just heard will help send the children forth. Retaining the familiar words and gestures of the Concluding Rite will enable children to participate at the parish Sunday Mass. 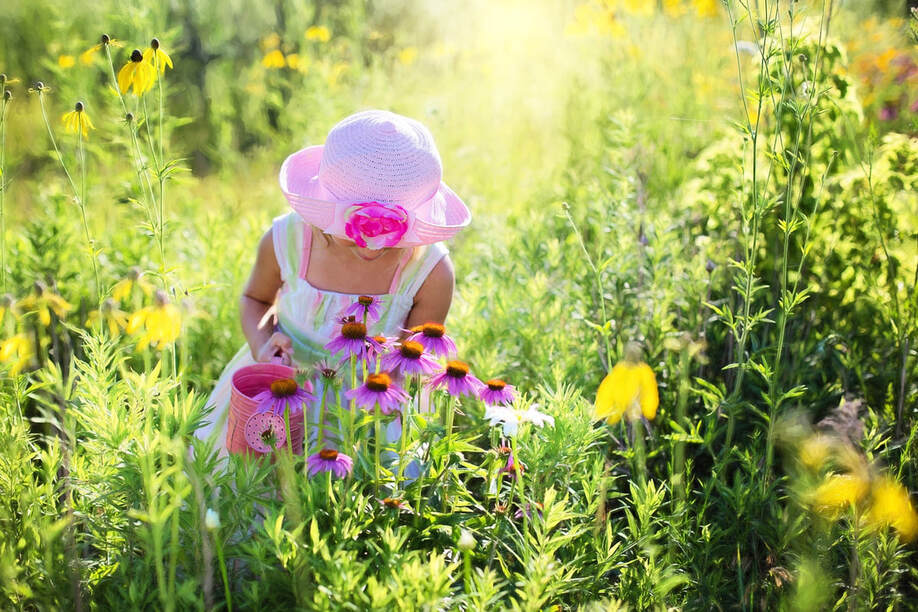 ​After 45 years, this directory may need reviewing and extending, but it is not obsolete and ought not be forgotten. It remains a most valuable resource for parents who take seriously the baptism promises they made for their children. It offers valuable insight and opens possibilities for teachers, clergy and lay leaders and should form part of their essential formation. It contains many riches not just for the celebration of Mass with children but, by inference, for other prayer and liturgical experiences in schools, parishes and homes.

The contents of the directory have as their purpose to help children readily and joyfully encounter Christ together in the eucharistic celebration… If they are formed by conscious and active participation... they should learn, day by day, at home and away from home, to proclaim Christ to others among their family and among their peers, by living the ‘faith that works through love’ (DMC 55).