There is an enormous number of saints and martyrs in the Catholic Church. And their ranks continue to grow. It is hard to keep up. Which raises the question: what is the point?

What kinds of images do the words saint and martyr conjure up for you? For me, it is hard to avoid being bombarded by the pious images on mid-twentieth ­century holy cards. Clearly, I am not the only one - try googling 'saint'. But is piety the point? This is not unrelated to the challenge posed by similar depictions of Jesus. Is a blond-haired, blue-eyed 'gentle Jesus meek and mild' really all there is to be said about the Saviour of the World?

I do not wish to suggest that there is not a place for pious depictions of saints and martyrs, but I do maintain that there are at least two related problems that arise when such depictions begin to dominate our consciousness, with implications for how we incorporate the commemoration of these saints into our prayer life and liturgy. The first problem is that such pious imagery tends to create a kind of uniformity in our conception of saints and martyrs, as in the images on the internet, such that the uniqueness of each saint is lost in a stereotypical template, halo and all. The second problem is that, in highlighting the 'holiness' of saints and martyrs through such conceptions, we are in danger of losing sight of their humanity.
​

There are about 180 saints and martyrs in the Australian Liturgical Calendar for 2017, depending on how you count them. More if you include the 'and companions'. Yet, there are literally thousands that have been named and venerated at some time in the history of the Catholic Church. Pope Stjohn Paul II alone canonised 482. Pope Francis holds the record of well over 800, though admittedly that includes the 812 Martyrs of Otranto.

Now, although it is true that 'sainthood' is something that all these thousands of people have in common, it is not this 'sainthood' that I find of particular interest when it comes to the role they can play in the liturgical life of the Church or one's individual prayer life. Rather, it is the diversity of saints and martyrs that is interesting. They all have stories, their own stories, their own all-too-human stories. Each of them belongs to a particular time and place. Among our saints are emperors and paupers, popes and persecutors, murderers and lawyers, virgins and lechers, young and old, ascetics and hedonists, hermits who sat on top of pillars and global explorers, masters and slaves, colonisers and colonised, reformers and conservatives, and certainly more than one who, by today's standards, probably experienced some sort of psychological disorder. The list of contrasts could go on and on.

What is clear from such a list is that sainthood or holiness is not the preserve of a pious stereotype. Rather, it literally takes all sorts. And that is good news for us, because we are of all sorts. Learning about the lives of saints and martyrs can help us to better understand ourselves, and our own faith journeys. We identify aspects of ourselves in the lives of the saints and martyrs, as well as the virtues that they may have embodied and to which we might aspire. 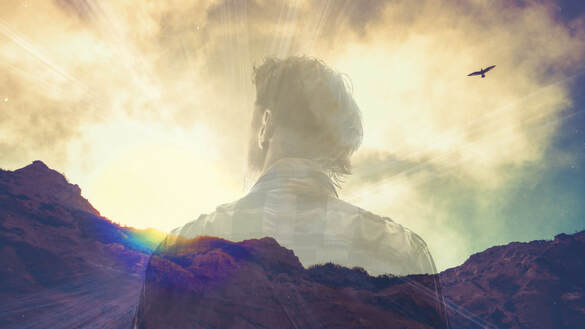 This brings us to the second problem with pious images. There is a danger of losing sight not only of the diversity of the saints, but also of their humanity. In 451, the Council of Chalcedon condemned the Monophysite heresy. This heresy claims that Jesus only had one nature, namely, a divine nature. It denied the hypostatic union of divine and human natures, that Jesus was both fully divine and fully human. Jesus's full humanity was deemed by the Council as important for our understanding of salvation as his divinity. That Jesus was a human being really matters.

Now, in Jesus, despite his full humanity, we still have the 'without sin' bit. The good news is that with the saints, we have sin aplenty.

So learning about the lives of the saints and martyrs doesn't stop with me feeling warm and fuzzy because I have a lot in common with Saint So-and-so. It is also about seeing how many of the saints, like many of my contemporaries, I have nothing in common with. This should give us pause in our moral judgement of others. Who are we to reject those we deem to be unlike ourselves, or to be failing morally? How many of those saints would we have deemed unworthy and unholy at some point in their lives? And yet, they are the canonised saints, and we, the vast majority of us at least, will never be.

The Church venerates saints and martyrs because they bear witness to the truth of Christ (CCC 2473). Losing sight of the diversity of the saints and martyrs, and of their humanity, weakens this witness. Just as it is important that we underscore the full humanity of Jesus, who died for all (CCC 961), so it is important to underscore the full humanity of those who died for that truth-the Son of God died for all.

David G Kirchhoffer is a lecturer in ACU's faculty of theology and philosophy where the focus of his teaching and research is theological ethics.​ 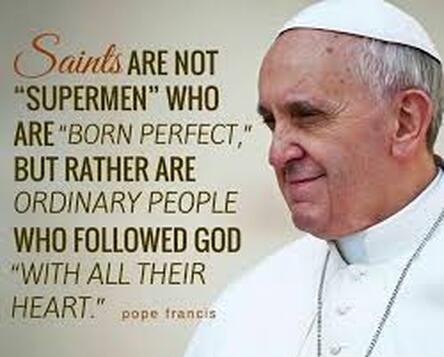