By Paul Taylor
One of the primary ways in which the faithful honour God’s Word in the liturgy is by faithfully listening to the proclamation of the readings and the homily, and by discerning the various ways in which God’s Word applies to their lives.

Within the liturgical celebration itself, the Church’s General Instruction of the Roman Missal (2012) offers concrete guidelines for honouring God’s Word at Mass. One most visual sign is proclaiming the Word from a dignified Lectionary or a specially decorated Book of the Gospels at the ambo (cf. GIRM 349).

Incensing the open Book of the Gospels and arranging servers to hold lighted candles on either side of the ambo are ways of reverencing the sacredness and light of Christ’s presence during the proclamation of the Gospel.

As a sign of love for Christ and his message, the Book containing the Gospel reading is also kissed by the priest or deacon after the reading, like the altar which is venerated by the presiding celebrant at the beginning and end of Mass (cf. GIRM 123, 134, 169). 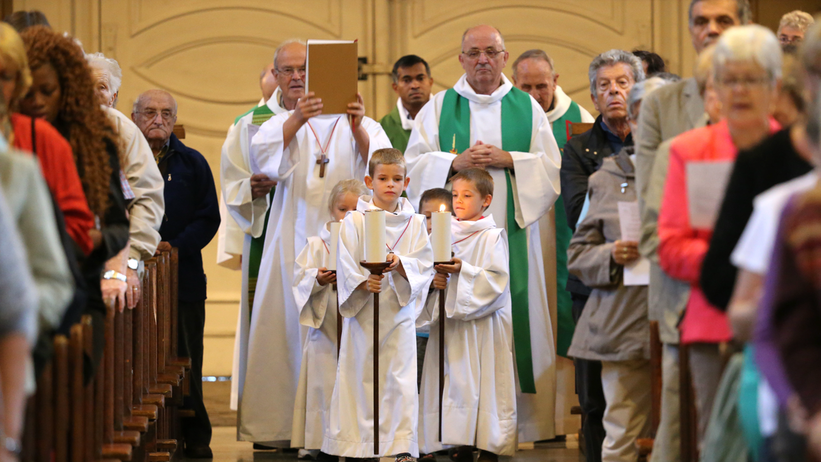 Pope Francis’ Apostolic Letter Aperuit Illis (30 September 2019) suggests that on Sunday of the Word of God, the book containing God’s Word might be “enthroned” or given due honour in the church. It is a point also made in Benedict XVI’s Apostolic Exhortation Verbum Domini (2010) n. 68, so the faithful can reflect upon God’s Word.

An important point to remember here is the Second Vatican Council’s insight that Christ’s presence is recognised in the actual “proclamation” of the Word, when the Church believes that Christ is present and speaking to those assembled through the words of the Church’s minister [Sacrosanctum concilium (1963) art. 7], rather than in the physical book itself.

Aperuit Illis also reminds us that for many centuries before being written down, God’s Word was passed down orally from one generation to another. Therefore the actions of proclamation, listening and heeding God’s Word are still accorded high priority.

​The other ways in which due honour might be given to God’s Word including placing the Lectionary or Book of the Gospels on a significant stand near the ambo or entry to the church, in a dedicated side chapel or in the Blessed Sacrament Chapel, for people to read.

This project, in collaboration with world-renowned calligrapher Donald Jackson, has produced the first hand-written, illuminated bible in modern times. As a result of this renewal of an ancient monastic tradition, large scale copies of the St John’s Bible have been gifted to other universities, including the campuses of Australian Catholic University. Those entering the chapel on the Melbourne campus, for example, are confronted with the beauty of God’s illuminated Word which provides a stunning focal point for prayer and reflection. Here are some examples of The St John’s Bible from the ACU art collection.​ 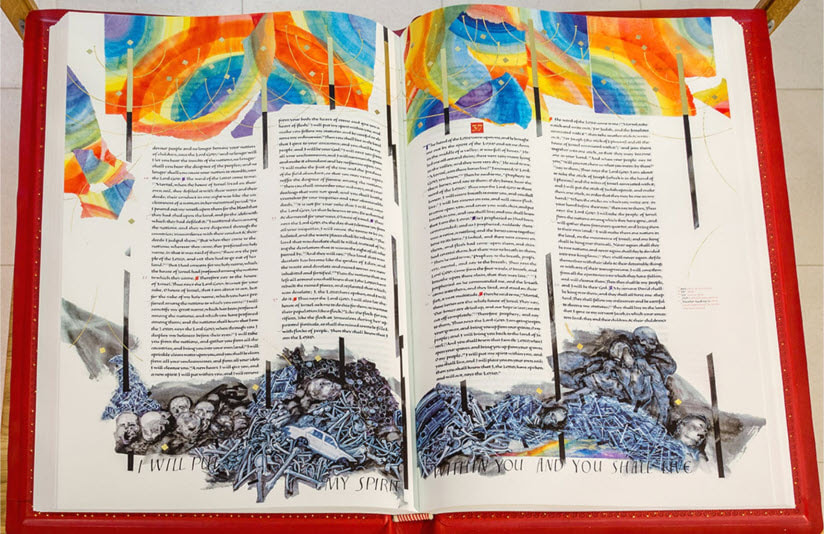 Acknowledgment: Donald Jackson, b. 1938, England; The St John’s Bible – Heritage edition, 2011. Ink, highlighted by hand with paint and gold leaf on American cotton paper. Red leather-bound covers
Dr Paul Taylor is Executive Secretary of the ACBC Bishops Commission for Liturgy and of the National Liturgical Council.
Original article can be viewed at catholic.org.au.
​
​​Images from Unsplash and Shutterstock. Used under license/with permission.